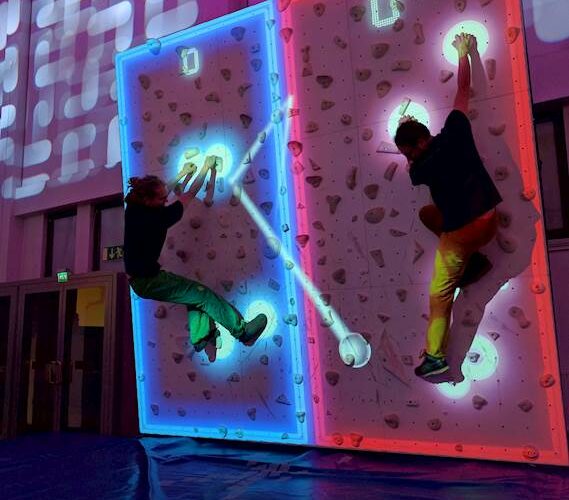 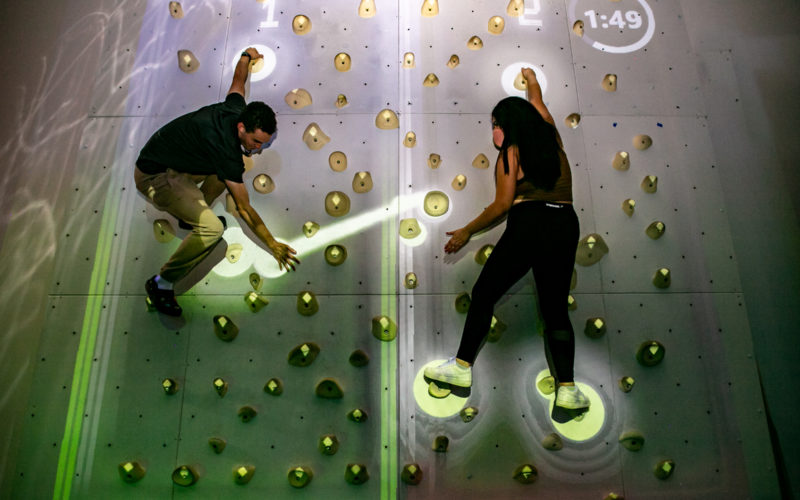 Interactive Wall is the world’s first augmented wall that comes with several interactive games. Games contain dozens of modes and plenty of different levels. Game selection covers single and two-player games, including the viral sensation Climball as well as Shadowlings, a game which interacts with the climber’s shadow!

This interactive game platform invites anyone, from the youngest kids to hard training adults, to a have an amazing time and get a great physical exercise. Even the audience is easily captivated by the games. People often spontaneously participate by cheering and shouting instructions.